Now that contactless payments are being accepted on London’s buses, maybe UK retailers will start accepting them too. What’s that? They already do? Well, you could’ve fooled me. 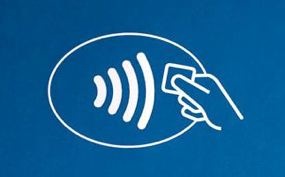 I’m not just talking about Pret and McDonalds and Starbucks and their ilk; I’m talking about proper shops for proper people where you can buy proper things, not just snack food and caffeinated fripperies.

The main issue, from what I can make out, is education: nobody knows what the hell contactless payments are – including a large proportion of the people working behind the till. I say nobody, but what I actually mean is one fifth (or 20% in old money) of the UK population doesn't have a clue what a “contactless payment” is. And that's not just me making stuff up to look good - that's research from the researchers at a research company called ICM Research.

ICM’s study also shows that although 80% of people are aware of the concept of contactless payments, only 8% have ever made one. Also, 7% are not aware that the payment card they use every day is likely to be NFC-enabled, the contactless symbol being absolutely meaningless to them, if noticed at all.

But it’s not their fault. It’s the retailers’ collective fault. There appears to be little investment in the technology and in staff training, so if employees do actually have the technology to take contactless payments, then there's a huge chance they won't know they have. And even if they do have it, and do know they have, they’re not sure about the basics, such as maximum transaction limits (it's £20 these days, thanks for asking).

It's a classic chicken and egg scenario: retailers won't get behind contactless technology until more people demand it, and people can't use it unless retailers implement it - properly.

Anyway, ICM Research have made a video that explains it all infinitely better than I have, so grab a Starbuck's and have a watch. Then tell me honestly that Jason Statham's not doing a bit of corporate work on the side.